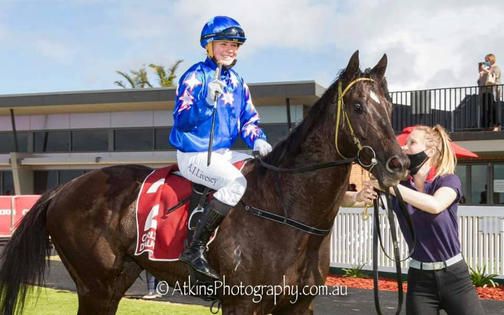 FIGHTING MCLAREN further enhances his promising career with a smart length win at Murray Bridge.
Alana was able to get him into a good spot mid field and when they quickened it was all over pretty quickly as she peeled off the speed and powered away.
The Fighting Sun gelding now adds a win to his second on debut back in April and looks set for a big campaign under the watchful eye of Ryan Balfour and his team.
Balfour Racing (SA) have done a fantastic job preparing this son of Fighting Sun and the future couldn’t be brighter as he looks to go through the grades.
Congratulations to all involved
Owners: Racing Club No 3 Ltd