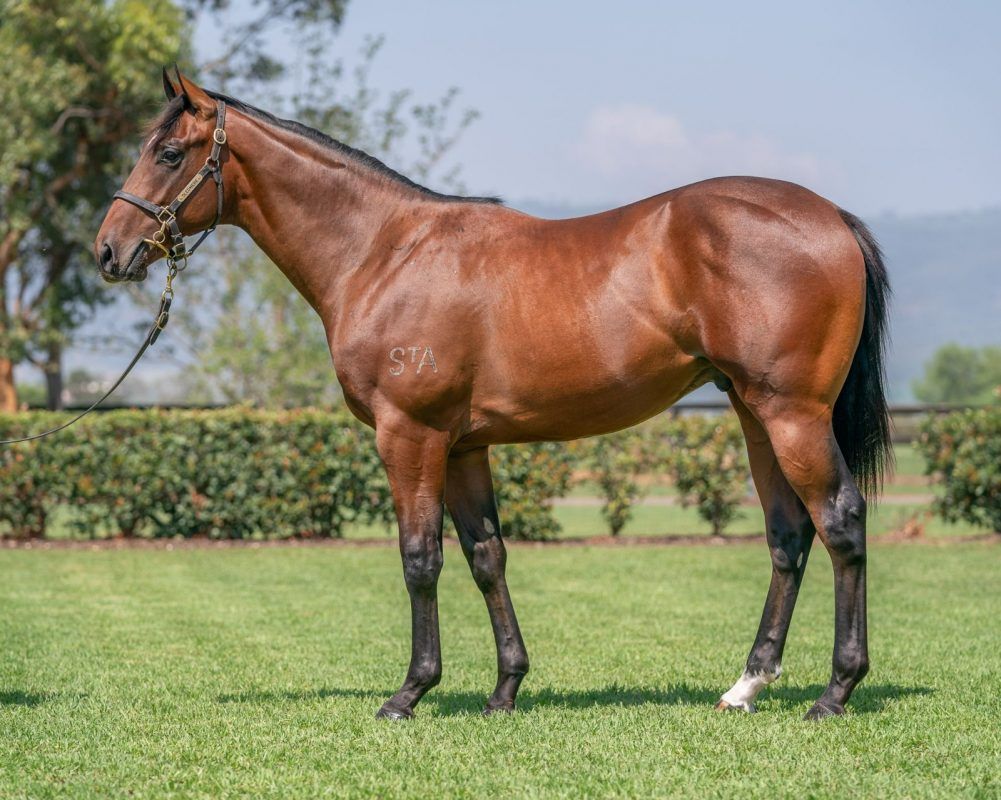 Lo Lo Lonhro is a lightly raced 3YO gelding by Lonhro, having had 5 starts to date. He is a horse that has taken time to mature physically and mentally and now with a few racing preparations under his belt, he has turned into a nice racehorse. He has had a good grounding from an early age and he is now ready to continue on with the job at hand.

He is a sound, straight forward, easy gelding to do anything with and is being sold to pave way for younger stock coming through the system.

LONHRO by OCTAGONAL. Horse of the Year in Australia in 2003-2004, Champion Miler 2003-2004 and Australian middle distance Champion in 2004. In 2002 Australian Champion 3yo and also in 2011 Leading sire in Australia. In 2004 he received the honour of world Champion miler. Lonhro was bred and owned by Woodlands stud and was trained by John Hawkes.

Sire of earnings of over $139 million, 93 stakes winners, 73 stakes placegetters with the most notable being PIERRO, IMPENDING and DENMAN.

STUTTER is by Night Shift. She had 5 wins up to 1450m including the VATC Archie Yuille H., STC North Sydney Leagues Club H, VATC Vecci Members H. and the Mittys World of Sport H. She is dam of 11 foals, all raced, 7 winners including Stakes winner DYSPHONIA who won 8 races and was a Group 1, 2 and 3 placegetter.

Trainer: PETER AND LUKE FERNIE
The King of Kalgoorlie. The Fernie name has been synonymous for the best part of six decades and, when you think of WA’s best country trainers, Peter Fernie rates at the top of a highly-regarded list.
The third-generation trainer and Kalgoorlie born-and-bred 53 year old, Peter Fernie, has prepared more than 650 winners since taking out his training licence in 1998 and hit the ground running at the opening meeting of the Kalgoorlie season last Saturday when saddling-up four of the six winners on the card. Fernie, the son of the late John R. and grandson of Robert Fernie, grew up following his father around the stables and was only nine years old when John’s former Hannans Handicap winner, Cambana Lad, won the 1974 Group 1 Railway Stakes at Ascot.
After finishing his schooling, Fernie completed a mechanical apprenticeship before following the common town trait into the mining industry. He worked as an underground driller for 10 years and tried to juggle his workload while messing around with a few horses, however, the long hours and gruelling lifestyle soon took its toll. “I was training when I was mining for a bit, because Dad passed away and I was still doing it, but it was too hard,” he said. Fernie has since developed his racing business into a full-time profession, with his stable consisting of 30 horses in work at any given time during the Kalgoorlie season and, clearly, his results speak for themselves.
Peter Fernie’s first major winner was BLACK GEORGE in 2011. The most recent major winner was Gangbuster in the BLUE SPEC DRILLING BOULDER CUP. Last season the stable trained 79 winners and so far this season has produced the winners of 22 races, with the latest winner being Paradise Square at Kalgoorlie on October 18, 2020. He currently sits second on the premiership table this season with 21 winners.
Asked if he’d ever consider relocating to the city, Fernie says it is unlikely, although his 23-year-old son Luke, operates the satellite stable in Perth.
“I enjoy it and I really like the animals so I couldn’t see myself giving up in the near future,” Fernie said
NOMINATIONS AND BONUS SCHEMES  – Eligible for BOBS Silver, BOBS Extra, BOBS Platinum and BOBS Gold.