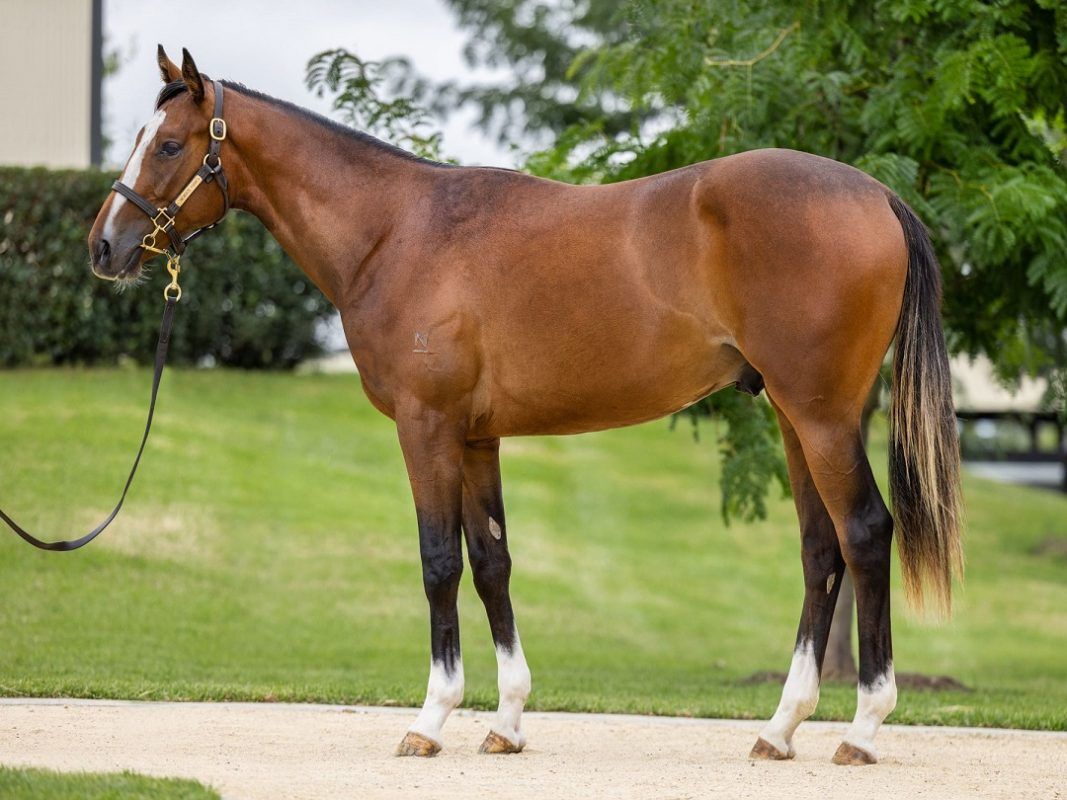 RUSSIAN REVOLUTION was born in Australia in 2013 and is by Champion of Champion sires, SNITZEL. Bay in colour, and commenced stud duties in 2018. In his career, he had 7 wins, 2 as a 2yo and he won at distances between 1000-1200m. His total prize earnings was $1.284 million. Won 2 Group 1’s. Not only was he precocious and versatile winning two races as a 2 year old, he also won two Group 1 races, one as a 3 year old and one as a 4 year old. He also trained on at the highest level. These included the ATC Galaxy and the MRC Oakleigh Plate which have produced a lot of successful sires in Australia.

The Dam, SILKY MOVER is by TESTA ROSSA, the Broodmare sire of 22 Stakes winners including Group 1 winners COOL AZA BEEL, VOW AND DECLARE and GLOBAL GLAMOUR. Silke Mover is a three-quarter sister to PANE IN THE GLASS, dam of Group 2 winner XILONG. She was a 3 time winner up to 1600m. This is her second foal. Her first foal is unraced.

In 2016, Annabel took up the opportunity to travel to Australia, for what was meant to be a working holiday. She never left, and now can’t imagine being anywhere else.

Annabel started training, in her own right, in August 2020 and trained her first Group 1 winner Mo’unga in the Rosehill Guineas. Annabel accomplished this in under 8 months of training.

During her two years in charge of Ciaron Maher’s Sydney stable, Annabel savoured several major victories and assisted in guiding the careers of some exceptionally talented horses which resulted in winners including Dubious, Away Game, Prague, Cellsabeel and Etah James.

Hawkes once said, “climbing the mountain and getting to the top is difficult, but staying there is much harder.” “Racing is so competitive these days. There are a lot of good trainers and it takes a lot of hard work, behind the scenes, to stay there and not start sliding down the other side.”

Paid up for the lucrative BOBS Silver bonus scheme and the Inglis race series.