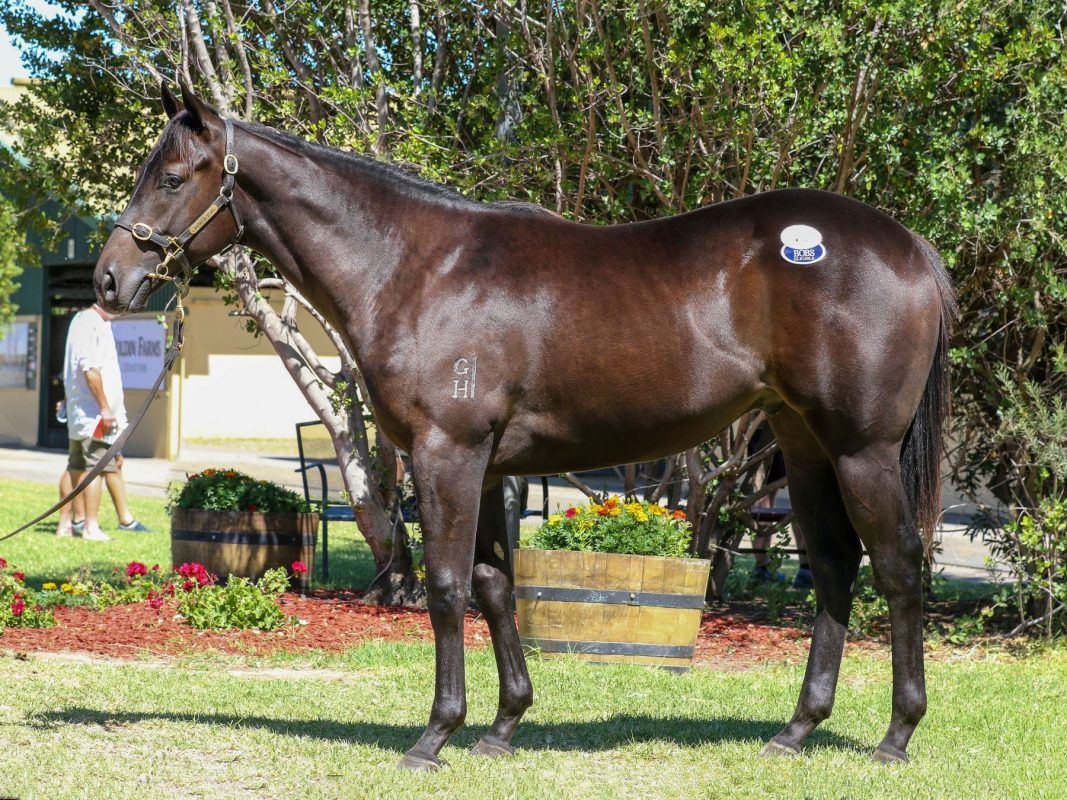 His grandam is the dual Group 1 winning Champion sprinter SKATING.

“It’s a stallion making race and he will make a stallion” – Trainer Gai Waterhouse after the Golden Slipper.

CHRISTMAS OFFER (BELONG TO ME). Winner at 1000m. Christmas offer is considered a good producer being the dam of 6 winners. Her most notable winner is LIGHT UP THE SKY winner of 2 races, 1 at 2YO including placing at restricted Listed level. She is also the dam of MORE MORE MORE a 10-time winner, 1 at 2.YO with $228,200 in prize earnings. MORE MORE MORE won 4 races in town and GENERAL OFFICER a 5-time winner, 1 at 2YO with prize earnings of $161,662.

Christmas Offer is the half-sister to LIGHT UP THE WORLD an 8-time winner, $330,878 in prize earnings and a 3-time stakes winner.

Firstly in 2016, Annabel took up the opportunity to travel to Australia – for what was meant to be a working holiday. She never left, and now can’t imagine being anywhere else.

Annabel also started training in her own right in August 2020. She also trained her first Group 1 winner Mo’unga in the Rosehill Guineas in under 8 months of training alone.

Above all the stable has now achieved five Group 1’s, two Group 2’s and 2 listed wins.

During her two years in charge of Ciaron Maher’s Sydney stable, Annabel savoured several major victories and assisted in guiding the careers of some exceptionally talented horses including Dubious, Away Game, Prague, Cellsabeel and Etah James.

“Climbing the mountain and getting to the top is difficult but staying there is much harder,” Hawkes once said. “Racing is so competitive these days, there are a lot of good trainers. It takes a lot of hard work behind the scenes to stay there and not start sliding down the other side.”