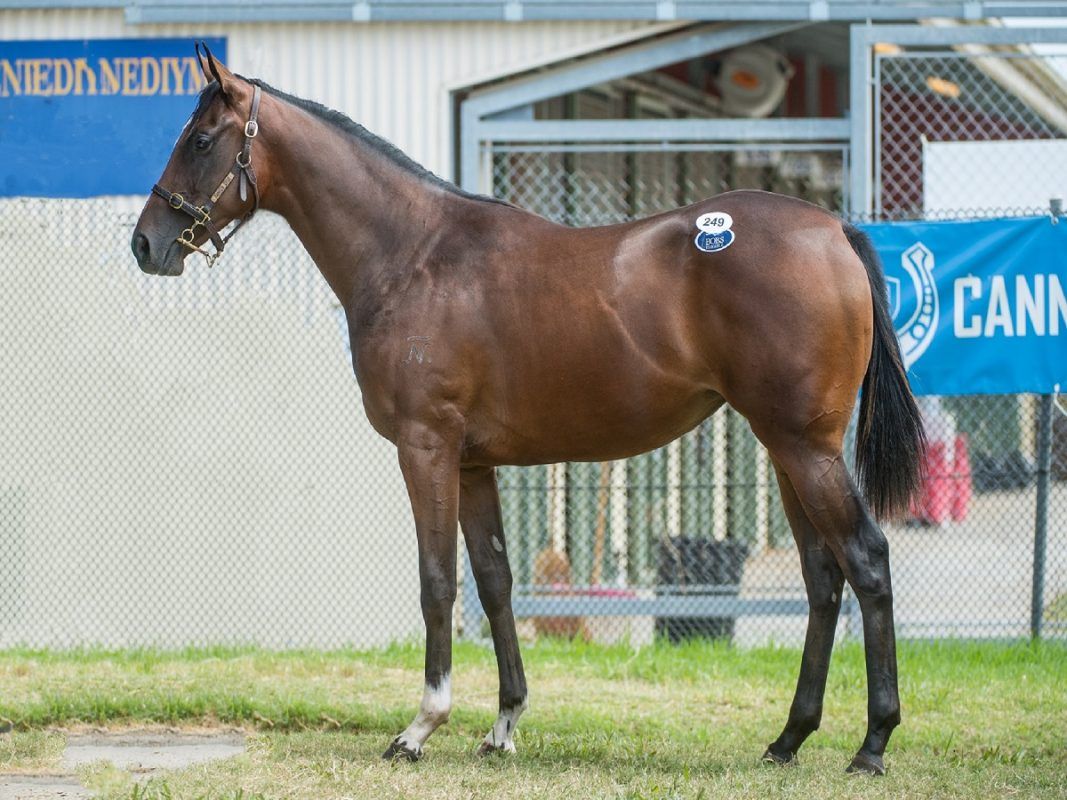 ZOUSTAR is from Australia’s two dominant stallions of the past decade, ENCOSTA DE LAGO and REDOUTE’S CHOICE which combine in the pedigree of this brilliant sprinter.

“He was that good, I could of prepared him for the Golden Slipper however given I thought he was bred to be at his best at Three we were happy to wait. What he did achieve at Two was just a glimpse of his natural ability. An equine machine.” Chris Waller.

MEADOW by REDOUTES CHOICE. This is her third foal. She is the daughter of STAWBERRY FIELD a 3-time winner 1 at 2. A listed winner and 4th in the Queen of the turf Group 1. MEADOW is also the half-sister to SUPERCARE a 3-time winner 2 at 2 placed in a Group 2.

REDOUTES CHOICE broodmare sire of 17 Group 1 winners. He has had 112 individual stakes winners and earnings over $187 million including KEMENTARI, D’ARGENTINO and INFERENCE.

Gai & Adrian have gone on to achieve as much as humanly possible with racehorses. While many would rest on their laurels after such success, Gai simply wants to win more and more. Owners can rest assured that the Lady Trainer wants to win races just as much if not more than they do!. Confirmation of this dedication to excellence came after just fifteen years of training. Gai was inducted into the Australian Racing Hall of Fame (2007). As we stand, in just over 20 years of training, Gai has amassed over 135 Group One wins. She currently sits third on the all-time list (Group One winners) behind T.J. Smith and Bart Cummings.

By far Gai’s greatest achievements have been recorded in the best races of the year in both Melbourne and Sydney. Gai has won Sydney’s two best races, the Golden Slipper and Doncaster Handicap six and seven times respectively. Gai is by far the most successful trainer ever in the Sydney Spring. ‘Make hay while the sun shines’ is a phrase one often can hear Gai quoting. This attitude is reflected by Gai’s results in the best races contested during the Sydney Spring Carnival. The Flight Stakes (7 wins), the Epsom Handicap (7 wins) and the Metropolitan Handicap (8 wins). These races have become races at the mercy of Gai each and every year.

Gai & Adrian give each and every horse that comes into their care every possible chance to succeed. Only six horses in the history of Sydney racing have won the two-year-old Triple Crown and Gai has also trained two of them (Dance Hero 2004 and Pierro 2012). Gai in fact has won more Group One races for two-year-olds than any other trainer.

Gai Waterhouse has had 1962 winner to date with a great career strike rate of 19% including 114 at Group 1 level.