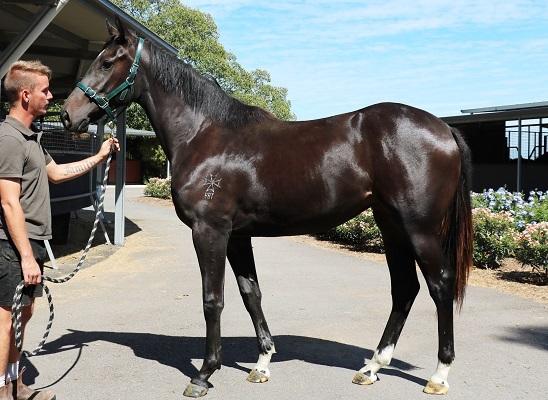 VERY STRONG AND A SHE'S A REAL LOOKER, VERY SMART WITH LOADS OF SCOPE

This All American filly is nicely put together and moves well. She is strong, powerful and has muscle in all the right places. A real looker, she is big and rangy with a lot of scope.

Seems like she will get to a mile possibly further as she gets older. She has presence with a big deep girth and good angles.

She also has a strong neck and forearms. This filly has such a lovely action and glides over the ground.

The stallion, ALL AMERICAN who successful sire of dual group one winner YANKEE ROSE and Stakes Winners BACHMAN and ZEBULION. All American scored a devastating victory in the VRC Emirates S. 1600m group one, defeating the international champion SO YOU THINK. All All American offers the complete package of pedigree, performance and physical type.

All American's natural speed and athleticism were on show very early: he won his first two starts as a December 2YO, including a Listed Race in Melbourne. At only his third start, he stepped up to Group 1 level in Melbourne's premier race for juveniles, the MRC Blue Diamond S. G1, going down by a long neck to his stablemate, Reaan. His 2YO career concluded with victory in the AJC Skyline S. G3 and a courageous fifth in the Golden Slipper G1.

All American subsequently provided one of the highlights of the 2009 Melbourne Cup Carnival when he scored a devastating victory in the VRC Emirates S. 1600m G1, defeating the international champion, So You Think, by 2.5 lengths. Another six Group 1 winners followed them home.

A million dollar plus earner, All American competed at the highest levels throughout his career and was a Group One performer at 2, 3 and 4 years of age.

The Group One-winning son of Red Ransom generated plenty of positive chat with seven winners from his first-crop of juveniles, including three stakes performers headed by colt Bachman, who won the ATC Schweppervescence S. G3 on Golden Slipper day.

He has had 5 stakes winner and 6 placegetters. 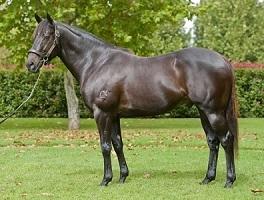 CARIBBEAN GIRL is closely related to stakes winners SWELL TIME GIRL, PARAPARAP and NICK ON THE RUN. This family is bred on the same breeding pattern as group one winners RUMYA, HABIBI and HEADWAY.