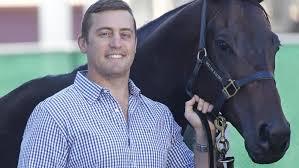 Brisbane’s premier trainer Tony Gollan took out his trainer’s licence as a 20-year-old with a small team at Toowoomba.

Full of ambition and confidence by the time Gollan was 22, he had moved his team to Brisbane. That move was short-lived and Gollan was forced to relocate to the Gold Coast before making his way back to Toowoomba.

For the next 12 months, Gollan worked alongside his father Darryl to soak up as much knowledge as he could before reviewing his own business and starting again in 2003.

In a stroke of luck, Gollan was given a Special Dane filly to train which was named Temple Spirit. Temple Spirit won eight races for Gollan and more than $120,000 in prizemoney but it was mare’s offspring, which really launched Gollan’s career.

Temple Spirit first produced Temple Of Boom and then full-brother Spirit Of Boom. Between them, the ‘Booms’ won 20 races including three at Group I level and more than $4 million in prizemoney.

In season 2014/15, Gollan set a new metropolitan benchmark when he trained 79 city winners for the season to break the record set by the late Bruce McLachlan in 1987/88 and he has since continued to dominate the Brisbane training scene.

Tony Gollan’s first major winner was Spirit Of Boom in 2010 and first Group I winner was Temple Of Boom in the 2012 The James Boag Galaxy.

Gollan’s latest Group I winners were in 2014 with Spirit Of Boom in the James Boag’s Doomben 10,000 and in the William Reid Stakes at Moonee Valley.

Last season the Tony Gollan stable trained 107 winners and the most successful rider for the stable in the past year has been Robbie Fradd followed by Jim Byrne.