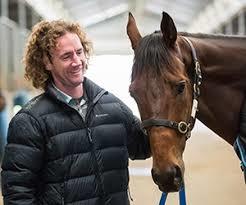 Ciaron Maher Racing & David Eustace’s first major winner was MOUDRE in 2010 and first Group One winner was Set Square in the 2014 VRC Oaks.

The most recent major winner for Ciaron  & David was Fascino in the Antler Luggage Fillies Classic and Latest Group One winner was Loving Gaby in the MVRC Manikato Stakes.

Last season the Ciaron  & David stable trained 188 winners and so far this season has produced the winners of 74 races, with the latest winner being Flinders River at Morphettville on November 9.

The most successful rider for the stable in the past years has been Linda Meech followed by Steven Pateman.