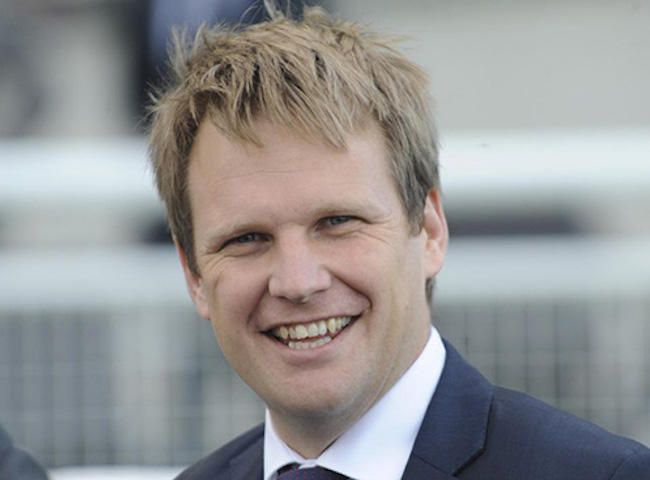 Bjorn has worked for his father, Murray Baker (one of New Zealand’s most successful trainers), on and off at every opportunity from the time he could wield a fork.  Despite horse racing being in the blood, Bjorn graduated from Otago University in 1999 with a Bachelor of Pharmacy and spent over eight years in that profession before the pull of his horse-racing roots became too strong. He worked in New Zealand, Australia, England and Ireland throughout his pharmacy career which allowed him to attend many of Australasia’s and Europe’s great race meetings. With dreams of becoming a thoroughbred horse trainer, Bjorn decided to capitalise on his years overseas and spent time at The Curragh with Irish Hall of Fame trainer, John Oxx, and in Belmont, New York with master US trainer, Christophe Clement.

In 2007, Bjorn decided to forgo his Pharmacy career and join Murray in the family business.  On Bjorn’s first foray with a horse to Australia he accompanied Nom Du Jeu on his highly successful Autumn Carnival campaign in 2008, winning the AJC Derby at 40-1. After proving his worth, Bjorn then entered into a training partnership with Murray from the start of the 2008/09 season; in both the 2008/09 season and 2010/11 Baker Racing won more prize money than any other New Zealand based stable.  Bjorn remained in partnership with his father, Murray, for three seasons during which they won in excess of 30 Stake Races.  Bjorn continues to maintain a strong working relationship with his father in New Zealand, and It’s A Dundeel was stabled with Bjorn during his recent Triple Crown (Randwick Guineas, Rosehill Guineas and ATC Derby) in the Autumn of 2013. The highlight of the partnership was in 2010 when Lion Tamer won the prestigious VRC Derby.

Since arriving in Sydney Bjorn has not only produced results with stayers such as Cantonese and Mr Tipsy as expected with his background; he has also produced numerous 2yo winners including Unencumbered, Winning Rupert, Twilight Royale, Fuerza and Brilliant Terror (sold to HK) and recently produced his first Group 1 winner with Music Magnate winning the Doomben 10,000.