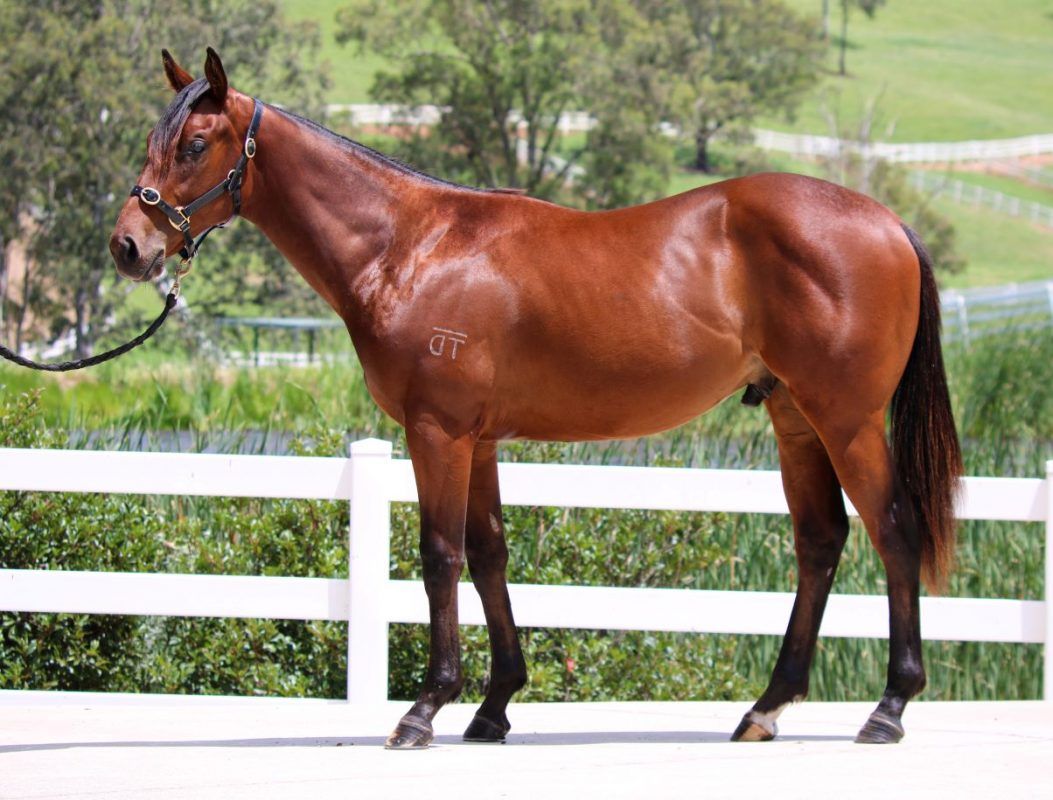 SMART MISSILE was unbeaten as a 2YO winning the Breeders Plate and the Grp 2 Todman Stakes. Sire of 22 stakes winners so far. That’s as many as Not A Single Doubt, Written Tycoon and Hinchinbrook at the same stage of their careers. His progeny includes Group 1 winner, MAID OF HEAVEN. Other notable stakes winners are Smart Melody, Ready to Prophet and Ballistic Boy. He entered stud in Aust. in 2012. Sire of 410 winners, earnings of over $55 million. SMART MISSILE stands at Twin Hills Stud for $16,500.

This colt is bred on a similar cross as Group 1 winners DARCI BRAHMA, ZIPPING, FASTNET ROCK and ZOUSTAR. His breeding is at the highest rating at 20/20.

The Dam, MEGEVE is by champion sire and Broodmare sire Commands, who has produced, as a broodmare sire, Group 1 winners GOT THE GREENLIGHT, CAPTIVANT & POLITENESS. He is the broodmare sire of earnings of more than $93 million. MEGEVE was unraced and this is her 3rd foal. MEGEVE is a direct descendent to 30 Stakes winners & performers including Group 1 winners FREEMASON, MENTAL & BEADED.

MEGEVE has strong bloodlines on both sides where she has double cross of champion sires and broodmare sire, DANEHILL.