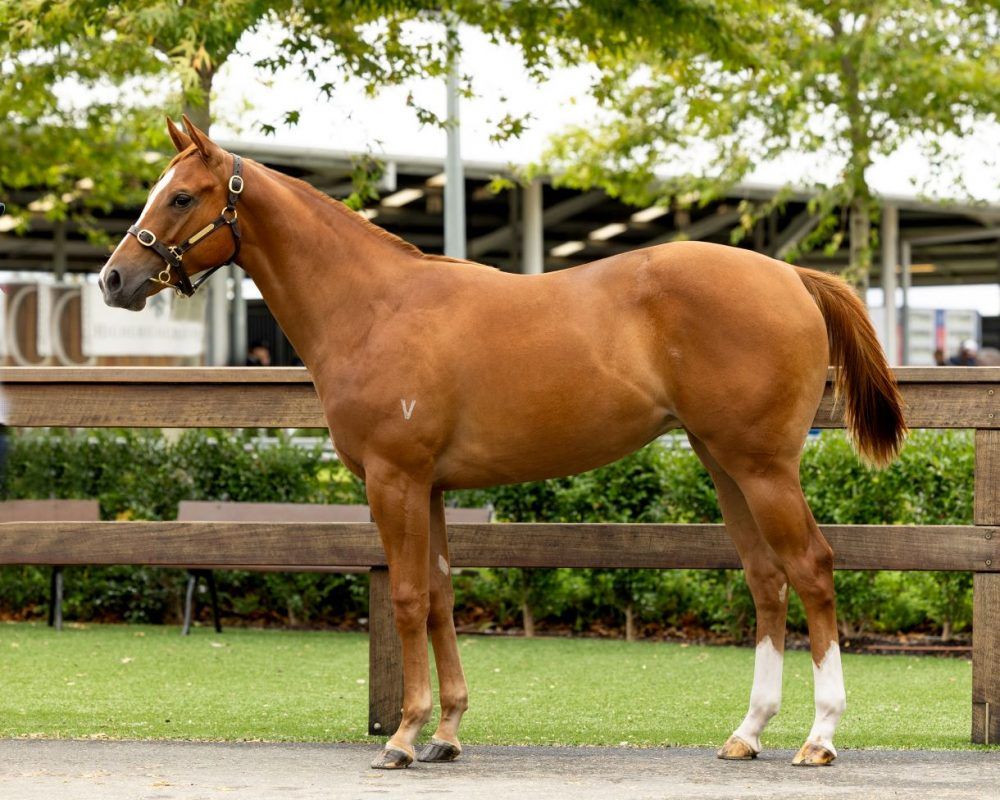 STAR TURN by STAR WITNESS  3 wins 1 at 2. Star Turn was a Powerhouse Sprinter and the ONLY 3yo colt of his generation who measured up to weight-for-age (WFA) Gr.1 racing in the Autumn.

SKYANN by SMART MISSILE Unraced. This is her first foal.

She hails from a strong pedigree with General Nediym, Pins and Danehill all prominent in her bloodlines.