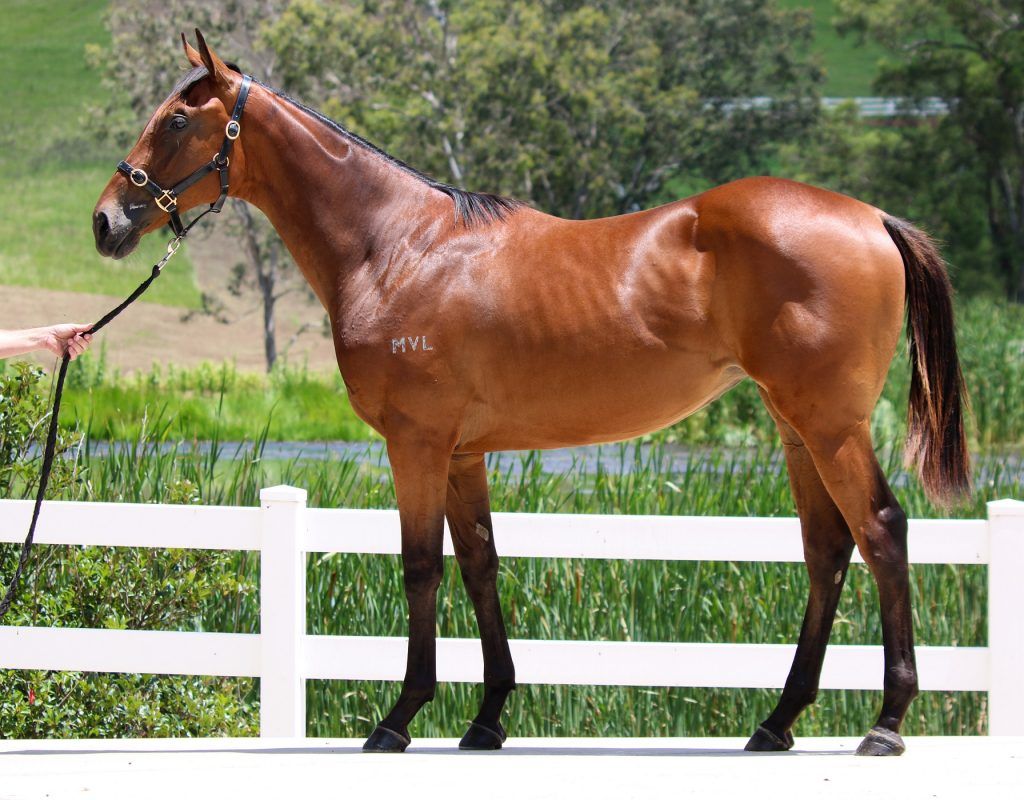 Up And Comer (Press Statement x Late Bloomer Filly) – “I love this filly. Big strong, beautiful style of filly, moves well. She’s so natural and wants to get on with the job. She’s is in good order” – Annabel Neasham

Press Statement is a natural athlete. He was an undefeated Group 1 winning 2yo – 3 starts, 3 wins including the Group 1 BRC J.J. Atkins Stakes.  He then went on to win the time-honoured Caulfield Guineas Gr.1 as a Spring 3yo, which has been won by successful stallions such as Lonhro, Redoute’s Choice, Luskin Star, All Too Hard, Vain, etc.

Press Statement became the 4th horse in history to claim the Group 1 mile double of the J.J. Atkins at 2 and the Caulfield Guineas at 3, joining greats like Mahogany and Luskin Star.

Late Bloomer by Elvstroem was an unraced half-sister to multiple stakes performer and 10-time winner, Cybernetic hailing from one of the strongest broodmare sires bloodlines in Danehill. Late Bloomer’s grand dam, Bound of Honour was an 11-time winner with 9 of them at stakes level.

Firstly in 2016, Annabel took up the opportunity to travel to Australia – for what was meant to be a working holiday. She never left, and now can’t imagine being anywhere else.

Annabel also started training in her own right in August 2020. She also trained her first Group 1 winner Mo’unga in the Rosehill Guineas in under 8 months of training alone.

Above all the stable has now achieved five Group 1’s, two Group 2’s and 2 listed wins.

During her two years in charge of Ciaron Maher’s Sydney stable, Annabel savoured several major victories and assisted in guiding the careers of some exceptionally talented horses including Dubious, Away Game, Prague, Cellsabeel and Etah James.

“Climbing the mountain and getting to the top is difficult but staying there is much harder,” Hawkes once said. “Racing is so competitive these days, there are a lot of good trainers. It takes a lot of hard work behind the scenes to stay there and not start sliding down the other side.”