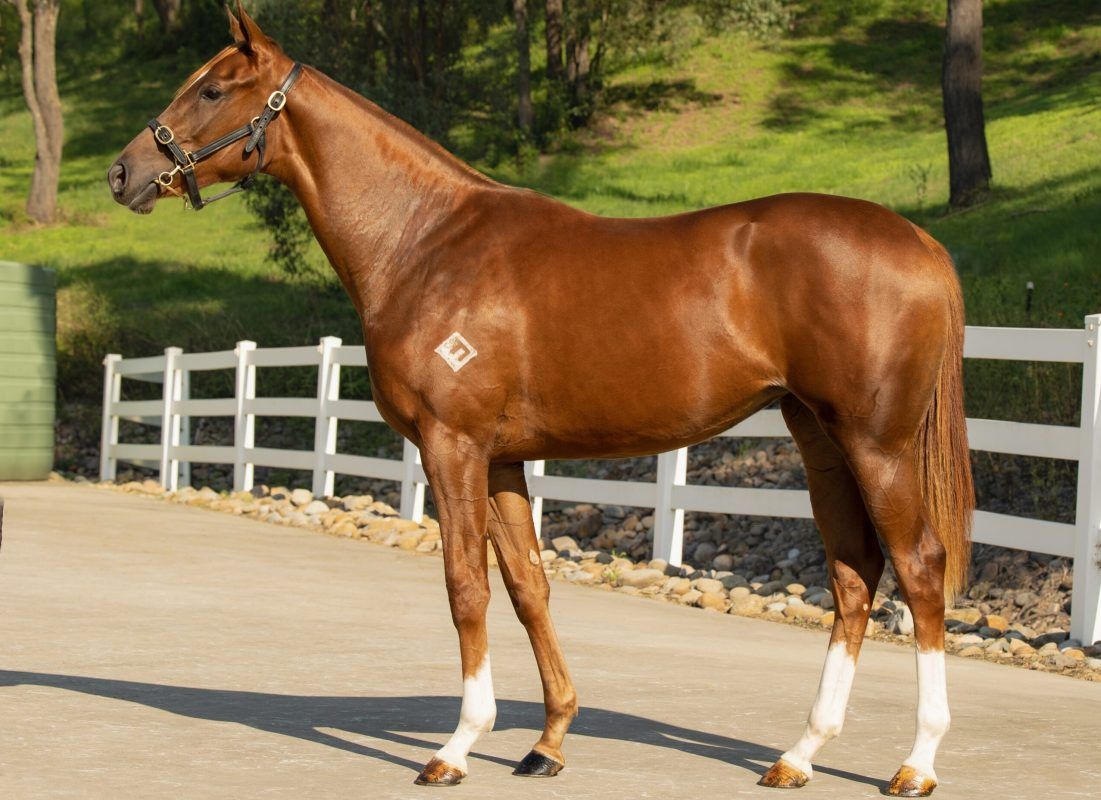 PRIDE OF DUBAI by STREET CRY. The fastest 2yo by Champion sire Street Cry (already with 8 individual sons to have sired Group 1 winners) … the only horse to complete the Group 1 Blue Diamond Stakes and Group 1 Sires’ Produce Stakes double. Closely related to Champion Sire, Invincible Spirit and leading 2yo Sire, Kodiac.

TRAVESURA by LIMEHOSE. This dam was a very good racehorse 2 wins at 2 including winning the Hollywood Park Miesque Stakes Group 3. She has had 3 foals 3 to race including Sure Am Invincible a winner at 2. She hails from a strong Amrican bloodline which is littered with 2yo winners.

Gerald Ryan was a former top jockey and has vast experience as a trainer preparing feature race winners.

Gerald Ryan has successfully trained many horses that stand at stud including TRAPEZE ARTIST, SNITZEL, RUBICK, ROTHESAY and TIME OF WAR.