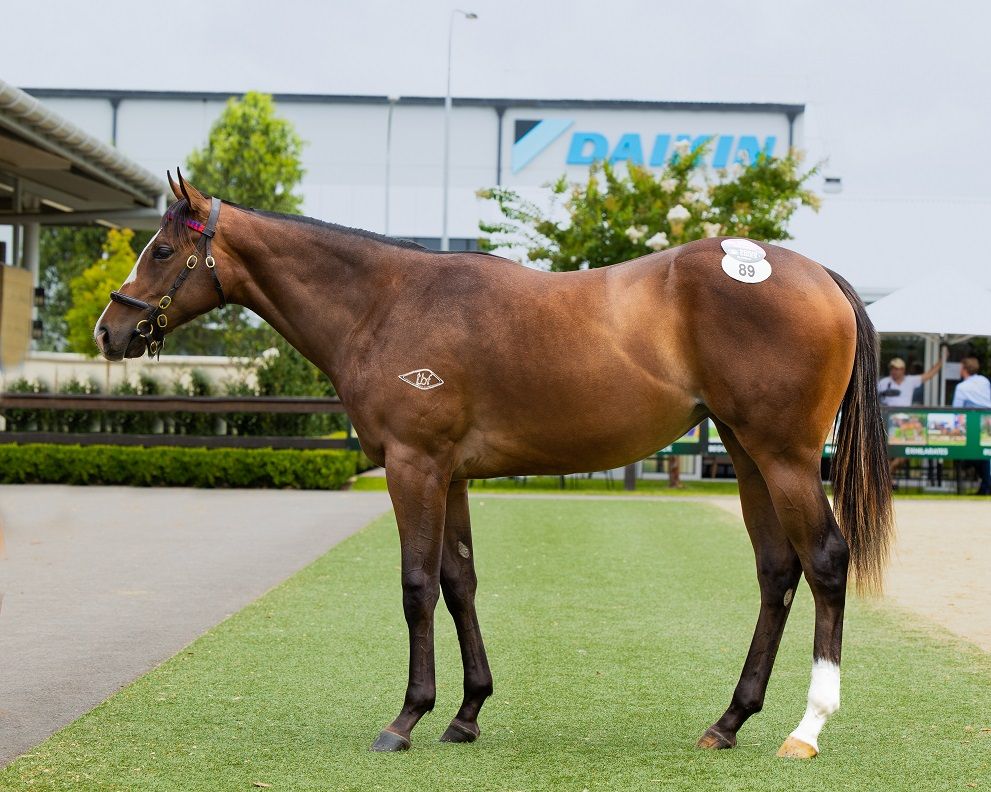 WRITTEN TYCOON is regarded as one of the best sires currently standing at stud and stands for $165,000 service fee at Yulong Park.

The first sire since Redoute’s Choice and Danehill in the last 25 years to sire two colts to win the two richest Group 1 2-year-old features in Australia. Capitalist took out the 2016 Golden Slipper Stakes, while Written By claimed victory in the 2018 Blue Diamond Stakes.

He is also the first stallion in 44 years to sire the winner of both the G1 Caulfield Guineas (Ole Kirk) and the G1 Thousand Guineas (Odeum).

Miss Wahoo by Master of Design considered an above average racehorse winner of 2 races both in town and also a stakes performer 3rd in the MRC Angus Armanasco Stakes Group 2 and Debutant stakes Listed.

She has strong breeding being from the family of Danehill, Pins and Snippets.

Ryan Balfour spent many years working alongside his father David Balfour in Singapore and Malaysia throughout the 1990’s.

Ryan spent much of his youth around horses and his journey to become a horse trainer began working by his father’s side in 2012. David sadly passed away in 2014 but the stable remains one of the state’s strongest.

Working with David in Malaysia and Singapore, Ryan was exposed to various training methods and styles from overseas and Australia. This has given Ryan some key foundations for his own training style. In 1999 he became stable foreman. During this time, feature winners included the Tunka Gold Cup, Silver Bowl, Ottard Cup (Twice), Merlin Trophy and Breeders Vase.

Ryan has already trained over 200 winners in his short career and has remained a regular fixture in the top 10 in the Adelaide trainers premiership and is considered by many as the next rising star.